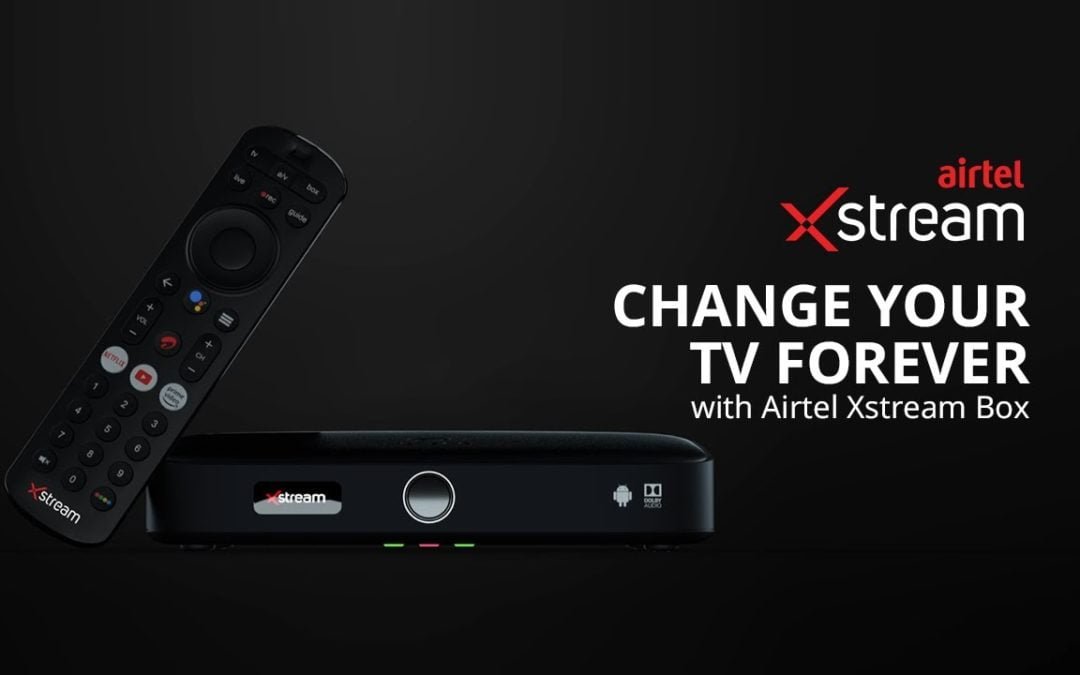 Few days after the launching of Reliance Jio fibre commercial, Airtel stepped into introducing Airtel xstream. Airtel xstream fibre broadband services and Jio fibre Platinum plan have also been launched in India and the plans are almost at the same prices and same speed so it’s a great question for the subscribers to choose between the two.
.
All popular OTT (over the top) platforms can be used to download and stream the content. Platforms such as Airtel xstream app, Netflix, Amazon Prime video, YouTube and Airtel store will be supported by default by the xstream box. The main aim of the Airtel Xstream is to bring all the sorts of contents under one platform including the live TV channels, OTT apps. Airtel xstream comes with Airtel Xstream stick and Airtel xstream box. Both of which are priced at ₹3999.

What is Airtel xstream?

Let’s get an overview of what exactly Airtel xstream is in simple words. Airtel Xstream is rebranded version of the old Airtel TV application.
Airtel xstream is an entertainment play service that is exclusively digital. Airtel has launched a web platform and as well as application in India. Airtel Xstream app is an improved form of Airtel TV app. The right kind of content can be explored from the new user interface.

⦁ Airtel xstream is a 4K Android box which is specially made for its DTH subscribers and is using Android 9.0 Oreo for the Xstream.

⦁ The Android TV box runs on Android TV OS by Google and will also offer access to the Google Play Store and Google assistant.

⦁ OTT and satellite TV content on the TV screen is brought with one device.

⦁ A complimentary one year subscription is provided on the Airtel Xstream app and one month subscription to HD DTH pack.

⦁ The box is available on online retail stores, Airtel stores and other stores like croma etc.

What is Airtel xstream stick?

The fire stick is plugged into the TV’s HDMI to get access of favourite TV shows, music etc. Airtel xstream stick and Amazon fire TV stick dongle are quite similar. The price of Airtel xstream box is at ₹ 3999 while for the existing Airtel Digital TV subscribers it is available at₹2249. The OTT stick is android 8.0 based and is powered by 1.6 ghz processor. The remote has voice enabled search function and Bluetooth 4.2.It can be plugged in any TV screen. Special access to Netflix , amazon prime video and google play store applications can be achieved by the Airtel Xstream stick that helps users to download.