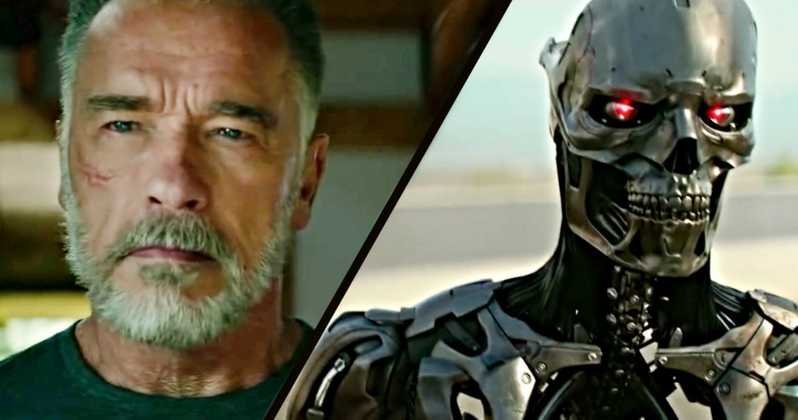 35 years and Terminator is still entertaining us and will be back with Terminator 6 also known as Terminator dark fate. Terminator dark fate is 6th installment in the Terminator franchise. James Cameron considered the film as a direct sequel to all the Terminator franchises that were released earlier. The film is expected to be released on 1st November 2019 in the United States. The budget of the movie is between $162 to200 Millions. Well the main star cast of this movie is Schwarzenegger, Linda Hamilton, Mackenzie Davis, Natalia Reyes, Gabriel Luna, Diego Boneta and Edward Furlong.

Terminator made Arnold a superstar and the later franchise just did not go without him. Despite being a 72 year old actor, he is still being counted on by his fans. He gained fame as an action hero through his commercially successful science-fiction thriller “Terminator”. James Cameron was the director and writer of the first two installments of the franchise.

Terminator – dark fate is considered to be direct sequel to Terminator 2: Judgement Day. The film is directed by Tim Miller, director of Deadpool . The Wonder Woman sequel was supposed to be released on the same day but is shifted to 2020 release. Both Charlie Angels reboot November 2019 and Terminator dark fate will be released on 1st November this year and will be competing each other. The official rating of this movie is confirmed to be read “R” rated by James Cameron. Linda Hamilton will be back with her famous line “I’ll be back” and is reliving the same action-hero character of Sarah Connor from Terminator 2- Judgement day.
Arnold and Linda Hamilton in real sense prove that age is just a number; it’s our will that creates miracles and magic. The magic that is expected to hit this November with full bang.

The first two terminator sequels made the world go ga-ga over it. But the next franchise entries failed to impress the crowd as they did before. The new elements and additions made in the later film franchise weren’t much effective.
Well the new film will be introducing new generation actors hoping them to turn fabulous for the future franchise. Grace will be played by Mackenzie Davis. She was seen in Black mirror and Blade Runner 2049 with her exceptional acting skills. Accompanying her will be Colombian actress, Natalie Reyes. Davis will be seen as assassin-soldier sent from future to protect Dani played by Natalia Reyes, from the new advanced Terminator prototype Rev-9. T-800 one of the oldest and aging terminator is played by none other than Arnold who is hired by Sarah Connor ( Linda Hamilton) and Grace to save Dani (Natalia Reyes).CGI will be applied to show Arnold’s face likeness for flashback scenes. The body double will bne palyed by Brett Azar.
A passionate Cameron will be returning back after a long time. Edward furlong plays the role of Sarah Connor’s son who saves the remnants of mankind after judgement day. He is the leader of Human resistance against Skynet.